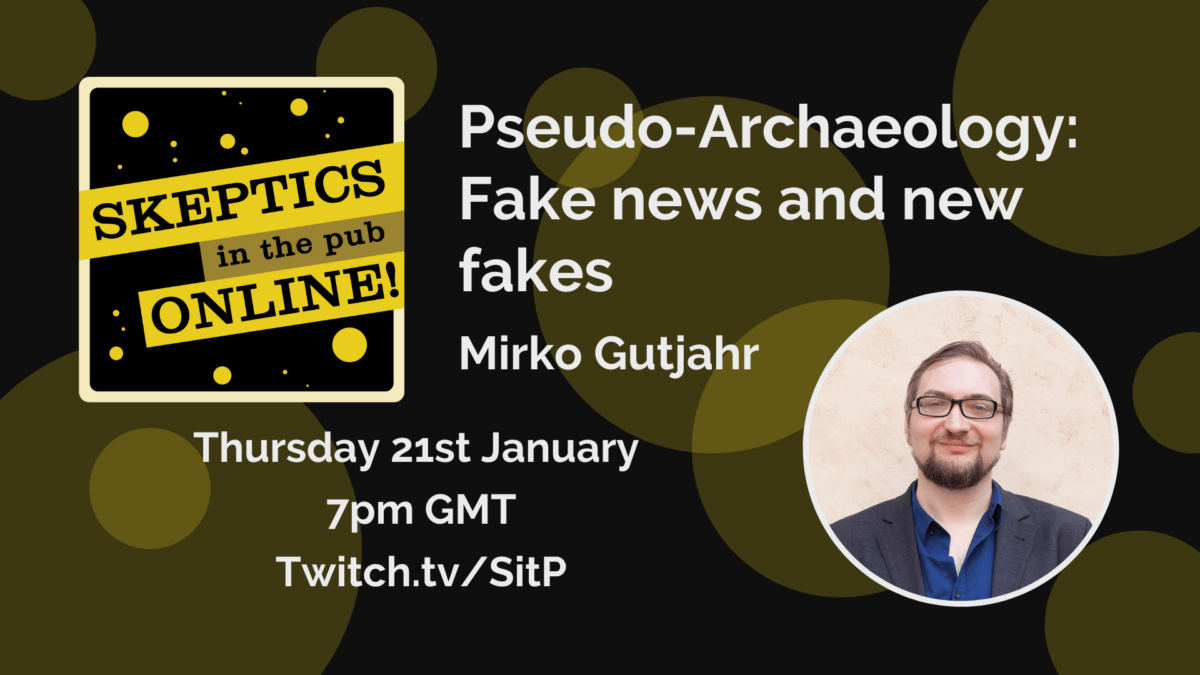 Light bulbs in antiquity? UFO landing sites in Peru? Giant pyramids in the Balkans? Authors like Erich von Däniken or TV shows like “Ancient Aliens” accuse archaeologists of hiding important discoveries and masking the truth. According to them the monumental buildings of the past were created not by our ancestors but by aliens or extradimensional beings. At first glance this appears harmless – fantasies written by science fiction authors. However, those claims are deeply rooted in creationist and racist ideas. In times when fewer and fewer people trust in science such views become more popular and thus give rise to right-wing esoteric ideologies. This talk sheds light on the problem of “pseudo-archeology” and will try to prove that real archeology is much more exciting – and true – than archaeological fantasies.

Mirko Gutjahr is an archaeologist and historian working at as a scientific advisor at “Luthergedenkstätten”, a Martin Luther memorial foundation with five museums and UNESCO World Heritage Sites at three locations in Saxony-Anhalt. He also produces German language podcasts about curious facts from history. One of his podcasts has been translated into English at https://play.acast.com/s/secretcabinet